Showing posts from September, 2018
Show all

Thanks to Jason, I know more about sports and sports entertainment than I ever wanted to. He loves football and the WWE and has a captive audience with me because I once read a one-sided piece of paper on listening skills. It was handed out in a tenth-grade meeting of peer counselors, and I still remember the gist. It basically says to listen without judgment or advice. Since then, I've discovered that most people know how to solve their own problems, it's just hard. When they're stumped, they'll directly ask for advice. Giving unsolicited advice comes across like "I think you're stupider than I am. Incompetent too." In any case, I've mastered the head nod.  In return, Jason is a good listener but will text me a "Wrap It Up" GIF when the subject no longer interests him.  Courtesy of the Chapelle Show When I began writing again, I told him, and he said, "That's great!" Then I told him again, and he said, "Okay.&qu
Read more 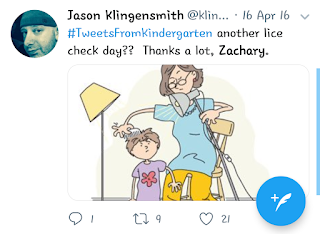 Even though I pick on Jason for not reading my blog, he plays my Twitter games without fail. That's how we met, through his playing my games. Among all those players, he stood out immediately because he's so damn funny. Occasionally a picture of my son will pop up on the feed, or I'll get a notification that he mentioned me in a tweet. I regularly do a search to see recent batches of tweets about me and Zach. Here are some of my favorite ones in chronological order:  This is from before we met, which makes me wonder if I fell for some kind of scheme: These are from right before Zach was born: Here's the birth announcement. This photo was taken twenty minutes after Zach was born: Now our life with him. The days are long but the weeks fly by:
Read more

Save The Date: February 30th 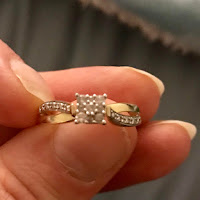 When I was in my twenties, I would buy bridal magazines and plan my future wedding. If you lost me at Costco, I could probably be found by the jewelry case looking at rings. Planning this special day brought me great joy and hope. Cut to the future; now I'm 38 and have been engaged for almost a year. Jason put a ring in my Christmas stocking, then took it back to get it sized because it was too small for my sausage finger. It's still a bit snug, but at least I can get it on and off. Six years ago, my mom got me a ring for Christmas, and after a three day ham binge, I had to get it cut off at the ER. Those were dark days. Men like a girl with hands that can handle a plow.  All I've done so far is pick bridesmaids, play on Pinterest, and create an email and PayPal account specifically for the wedding. Then I sat back and waited for my mom to plan and pay for it like she did with my siblings. So far I haven't succeeded in raising her from the dead, but I did suss o
Read more 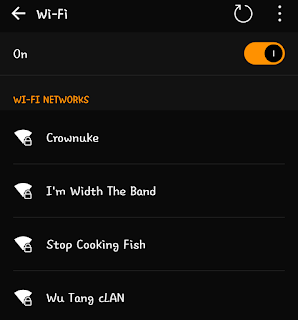 I can't help it. It's been a week, so I changed the Wi-Fi again. Whoever Crownuke is, I hope they appreciate the delightfulness I bring to their lives.
Read more 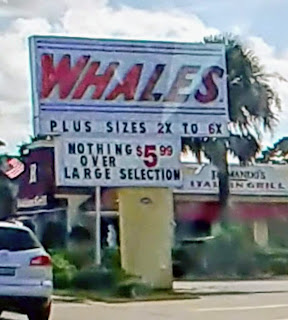 Three weeks ago, we were hanging out where Hurricane Florence is now. Or as I like to (tastelessly) say, it's always stormy when Aunt Flow comes to town. Since I'm new to the East Coast, I wanted to go somewhere Jason also hasn't been, so I chose Myrtle Beach, South Carolina. Welcome, fat and cheap tourists. We got an Airbnb with beach access, but it only had two bedrooms, so Jason's older kids had to share a room while Jason slept on the couch, due to his naked sleeping gymnastics. I don't know how Jason sleeps through all the crazy things he does. I especially don't know why he doesn't wear clothes. Even when I've demanded he put underwear on because he's in the living room and not invisible, he just takes it off in his sleep. At home, he has his own sofa, and on more than one occasion, I've found him sitting upright on the floor naked, in the middle of putting a shoe on. The other day, he was on his hands and knees with his head burie
Read more 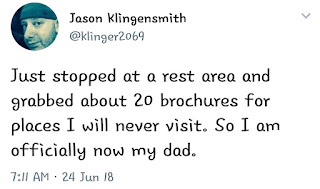 My mom loved traveling and wanted me to see the world, so when we get the opportunity, Jason and I take little trips. Last June we drove out to Amish country in Eastern, Pennsylvania. Instead of sleeping in the car like a normal baby, Zach cried the entire way, turning a four and a half hour trip into a seven hour one.    My BFF took the train down and finally got to meet Jason and Zach. Upon seeing her and basking in her aura of wonderfulness, Zach was exhausted from ruining our drive and burst into tears. I used to pride myself on Zach not being one of "those" babies who cries when he meets people, thus making them question the state of their souls. Not your finest hour, Zach. If you're wondering how the Amish bakery was, we don't know. That's not why we were down there. As Jason asked, "You wanted to visit Amish Country to take pictures of signs?" Yes. Yes we did. It would be rude to say no. Don't worry, they didn't have to
Read more 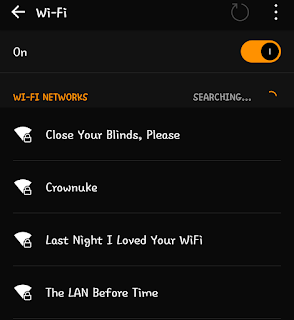 Our neighbor "Crownuke" needs to realize that there's a comedy genius nearby, so I changed our Wi-Fi network names again.
Read more

This LAN Was Made For You & Me 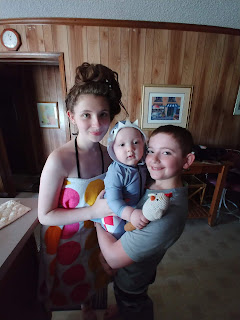 Even if Jason's older kids were budding sociopaths, I would have found a way to love them regardless. But phew! They're awesome. Like, mind-blowingly awesome. His daughter Kira is 12 and has a way of making everything around her beautiful. His son Ben is 10 and can make me laugh so hard my lungs hurt. They're kind, supportive, compassionate, and Zach is happiest when he's with them.  At the Airbnb we rented a couple weeks ago in Myrtle Beach. I forgave the wood paneling because it has its own beach access. A while back, Ben went into the shortcut settings on Kira's phone. He made it so that when she texted her friends 'OK', it changed it to 'I just pooped my pants.' Feeling inspired, last night I went into our wifi settings and changed our FIOS networks to: (5GHz) Ben Just Pooped His Pants (2.4GHz) Kira Just Pooped Her Pants (Guest) Katt Did Not Just Poop Her Pants I don't know how many neighbors saw.. This morning I changed
Read more 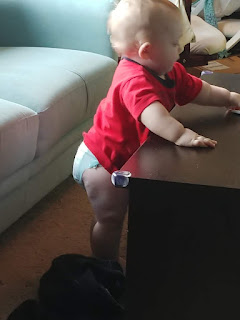 Zach reached the important milestone of being able to take off his pants and leave them in the middle of the floor.  Things I miss since this little energy robber came along: 1.) Binge watching whatever I want. Now it's whatever Zach wants. Stupid Wiggles. 2.) Eating whatever I want, or doing whatever fad diet piqued my interest. Breastfeeding prevents that, and I'm constantly hungry, thirsty, and not losing the baby weight. 3.) Playing on my phone in the bathroom. 4.) Not knowing the Gummy Bear Song. 5.) Neatness, tidiness, and cleanliness. I used to fear poop, and I was okay with that. 6.) Being able to focus on a project instead of being interrupted every five minutes. 7.) My two-seater red convertible, Alvin. 8.) Only having to pay for one person when I go out. 9.) Not having to compromise. 10.) Not having to share.
Read more

An Attitude of Platitude 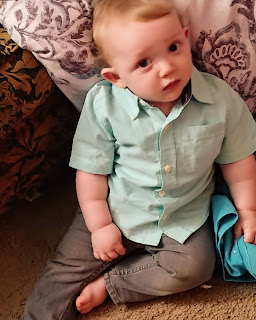 When I was single, people would tell me countless times, "You'll meet someone!" until I finally snapped back, "You don't know that!" Then they would assure me that they did despite having no proof nor even a crystal ball. I did eventually meet someone, but that's besides the point. They didn't know that. If they had, they could have warned me that I would meet a nice guy who wants to be paid a thousand dollars a month for his services. Instead, het gets a glare or an eyeroll depending on my mood. Then when I became a mom, the platitude changed to, "You're doing great!" which was usually following their advice on what I'm doing wrong. I would be soaking in spit up, crying because my baby couldn't latch yet, get scolded for supplementing with formula, have garbage piling up and a mountain of wet diapers next to me, and they'd say, "You're doing great!" The final straw was a baby product that said, "You
Read more 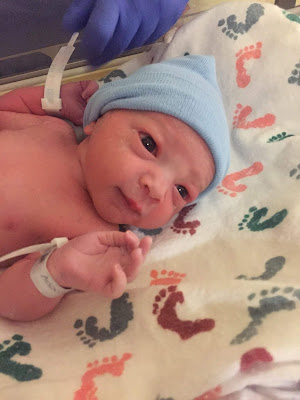 One of the hardest parts about writing again is missing my mom. She was my biggest fan and offered me honest feedback. Even when I didn't like her criticism, she was usually right. When she liked something, she laughed heartily and listed off reasons why I'm so wonderful. What made her praise feel so good was that she was specific, so it wasn't just general feel goodery. Of course by this point in my life, I shouldn't need that. I have a better sense of self, my abilities, and could probably use some ego slashings from time to time. Still though, she had the greatest laugh, like happy bells ringing. She also had an eye for detail because the amount of spelling, grammar, and factual errors I make is embarrassing. Maybe not as bad as the president's tweets, but still. Missing her is one of the hardest parts about being a new mom. She was a midwife, and I needed her help during my unfortunately difficult pregnancy. I was new to Pittsburgh and didn't know where
Read more

Google kept asking me to review places I've been, so I finally gave in. I'm a sucker for peer pressure.  Costco: It was right before they got rid of my swirl frogurt. I still haven't forgiven them. The roller coaster at Kennywood amusement park: On the way to our beach vacation:  An oil change: They still haven't vacuumed the car. Fast food stop at the beach:
Read more 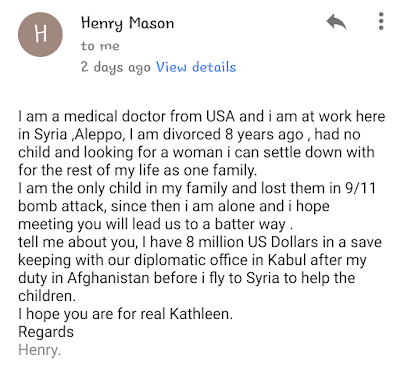 I'm sick of these emails: You can't bullshit a bullshitter, 'Henry'.  I'm starting to question his medical credentials. Let's see him figure this out on Google Translate.
Read more
More posts