I just had knee surgery.  Since I had to throw out my pain medication because it was trying to Shanghai me and turn me into a ghost hooker, it has been an uncomfortable week. 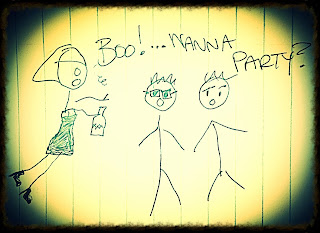 Yesterday I was sitting on the futon binge watching “The Fall”, and I suddenly felt something downstairs, in my pee chamber.  I went to the bathroom and discovered that not only did I have some major kidney stones, but I had not noticed them on their southern journey.  That’s concerning.  Maybe the whole area finally went on strike after years without a love-life.  Sigh.  Being chronically insulted by male rejection is one of my charming trademarks.

I continued birthing my private gemstone collection on and off for a few hours, then ran out of liquids that aren’t tap water, so I drove myself to the store to buy some diet cranberry juice.  I hate drinking water- HATE IT.  I would rather eat vegetables.

When I sat down in the car, a feral black cat came out of nowhere, jumped on me, and ran off.  I screamed, and no one cared.  Sigh.  In the distance, I heard the cat cackling, as it shapeshifted into the Witch of Spinster Future, and across the face of the moon was the silhouette of her on her broom. 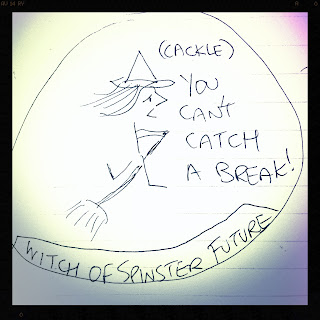 Today I feel the stones in me.  I get several at a time, and I have heard women say that they hurt worse than childbirth, which I will just have to take their word for.
A few minutes ago, a stout maintenance guy who looked like Wilford Brimley wearing Jeffrey Dahmer's eyeglasses came by to do a scheduled routine check of the overhead sprinklers in my apartment...and he was flirty. I laughed at his joke that wasn't funny, and now I feel cheap. Like a Shanghai-ed ghost hooker.