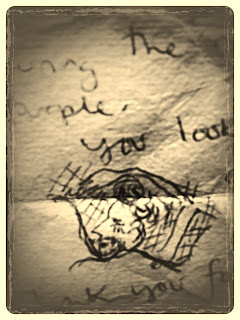 When it was time to go to bed, Andy and I would call it "Cruisin' for a Snoozin'".   I just found a love letter I wrote him while he was sleeping, and I know it's a love letter because that's how I addressed it in the subject line.   It's dated January 16th, 2003: Dear Andy, Good morning!  It's a bit past 6am, and I still can't sleep.  I woke up around 3am and was wide awake.  It's too chilly in the house during the night.  My feet are purple. You look so snuggly right now, and you smell good.  (Next to this is a drawing of him looking snuggly.)  I keep kissing your head.  Thank you for driving me to work every day.  Sorry I ruined dinner last night.  I wanted to make it special too.  (Frowny face.)... I'm being good.  I want to wake you up so that I can play with you.  Why do our jobs exhaust us so much?  This isn't any way to live life.... How come you can sleep through the night so well?  You just rolled over and smile
Read more 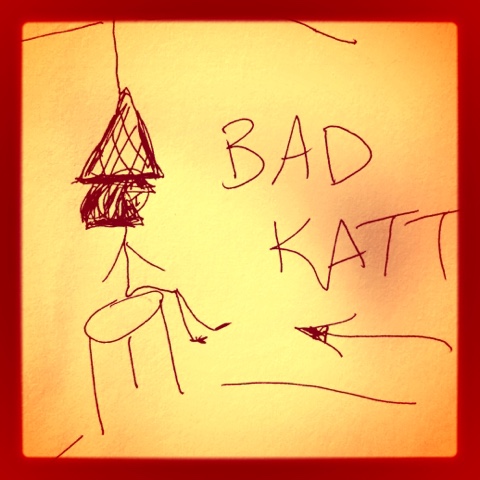 Recently something happened that got my goat, which isn't easy, because my goat is morbidly obese but runs like the wind.   Someone did something that I found hurtful.  He found my response to it hurtful despite my sincere attempt to behave appropriately.  If you know me, then you know that I can't tolerate causing others harm.  I did everything I could to prove that I'm sorry, and it won't happen again.   That's the end of the story.  The ironic part is that what had started this was that I felt treated like I didn't matter to him, like I was nothing.  It ended with me actually believing that I'm nothing to him.   I may seem like a doormat, but there's a fence, and someone has to go a long way to cross it.  I hate having to lock it behind them.     People generally question me about my motives before assuming I have any bad ones.  When bad motives are assumed first, it's because that person is looking for a way out and needs to blame me for
Read more
More posts