The Sexiest Men of Toddler TV

- October 09, 2021
My husband is wonderful. Doesn’t like my writing about him, but is nevertheless fantastic. Now that I’m middle-aged and married with kids, what I find attractive in men has completely changed. Working out at the gym isn’t sexy because that means more time away from family. Begrudgingly wearing matching Christmas pajamas? Super hot.
While he’s at work, I’ve replaced him with new boyfriends from children’s programming. Kid stuff is intolerable without some courtesy eye candy.
Here are my top pics:
The Dad From Cocomelon 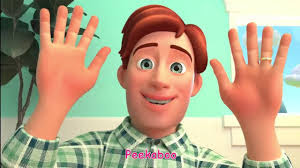 Be still my heart, green eyes. From romantically dancing with his wife in the kitchen, to helping with dishes, he’s 100% heartthrob. Not only does he play with his kids, he patiently laughs off their shenanigans. He’s humble enough to take public transportation, and my goodness, have you seen those big hands? Swoon!
2. Blue Shirt From The Wiggles 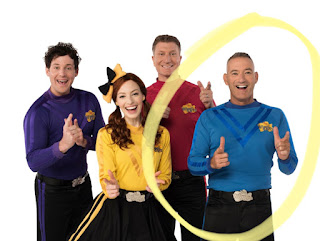 His name is Anthony Field, and he’s a 58 year old former preschool teacher, soldier, and pop musician. His openness about struggling with depression and chronic pain have helped bring awareness to mental health. What woman wouldn’t want to save this complex silver fox?. Hubba hubba!
3. Blippi 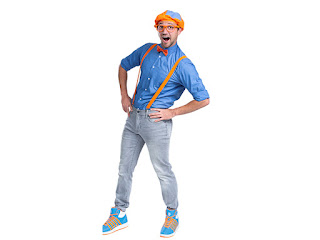 Many years before his multimillion dollar, childlike character was created, Stevin John made gross-out poop videos. Who doesn’t desire an angel with a dirty past? Now he writes songs about tractors, and travels all over to teach about a variety of subjects- all while being man enough to rock an orange bow tie. My son is sick of me putting him on and saying, “Keeping it tight, Blippi.” Here’s hoping he does a segment about cougars. Meow!
4. Catrat from Gabby’s Dollhouse 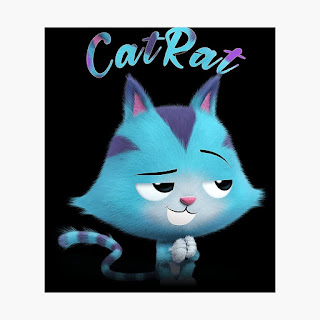 Catrat is a sociopath with no conscience. His catchphrase is “Shiny is mine-y” and he steals without remorse. The other cats overlook his self-centered behavior which further enables him to behave narcissistically. I know, hot! Who doesn’t love a broken bad boy? He’s just misunderstood, and I can fix him.  Hamina hamina!
5. Dave Seville from The Chipmunks 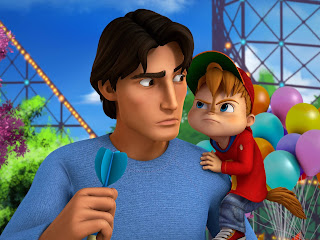 This swarthy dreamboat gets more handsome with each revival. Look at that bone structure and olive skin, not to mention he’s a talented and successful musician. What makes him especially delicious is how patient he is with that rapscallion Alvin he adopted. Nom nom nom.