I finally have an opportunity to write, and I'm grumpy. The annoying things in life have crept up on me, and it's finally time to unleash them. Here's this round:

3. People thinking my social media posts are about them and getting offended. They've been wrong 100% of the time.

5. Sharing a bathroom with a boy.

6. Having to put on clothes that aren't pajama pants.

7. Hamsters that eat their babies.

8. The weather in Pittsburgh. I've seen all four seasons within the same week. It's creepy.

9. Not changing an opinion despite being given factual information to the contrary.

10. Responding to what they interpret the photo or tagline to mean without reading my blog post. Like, they noticed the post, it interested them, had time to reply, and blatantly decided not to read it.

11. The "Just Say No" campaign of the 80's. It was proven to have done exponentially more harm than good.

12. Unaffectionate people. They're reptilian, and I don't like it.

14. Spammers calling when Zach is asleep on me.

15. Having people watch me while I clean.

16. Responses that start with "You just think that..."

17. Blonde jokes because they're generally about women being intellectually inferior or shame their sexuality.

19. How patronizing it is when someone must always respond with "wise lessons" or advice.

20. People grabbing pitchforks because they got their political information from a meme. Just because it's in meme form, that doesn't automatically make it true. 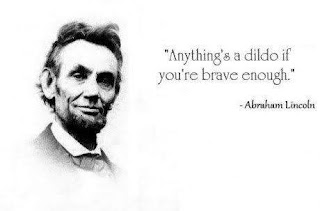